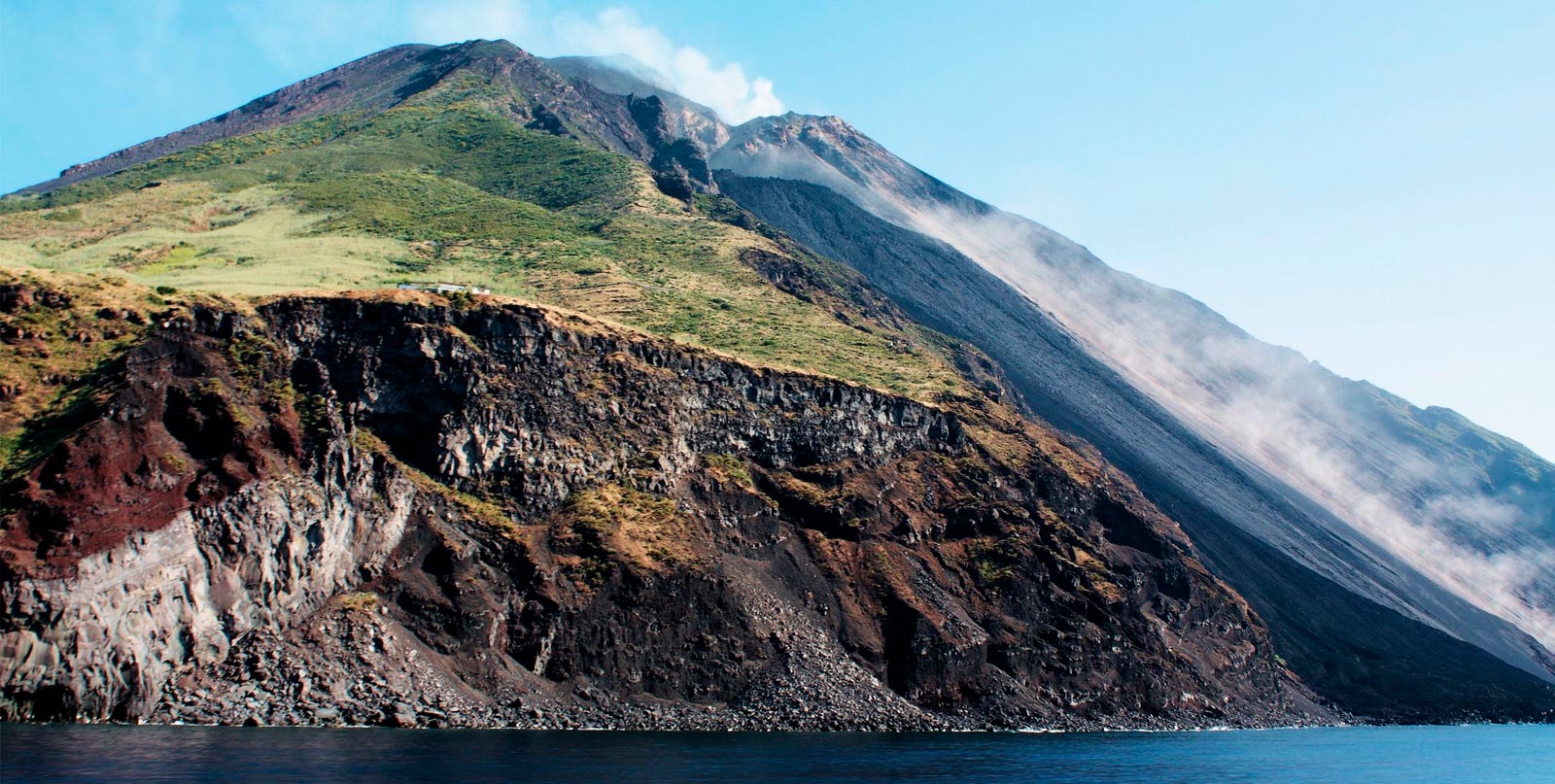 Stromboli is the only Island of the archipelago with a permanent volcanic activity. There are alternating eruptions called “strombolian activity”, this famous definition reported on all the main geologic and volcanic texts. San Vincenzo and San Bartolo villages, located in the northern-east part of the island, constitute the island inhabited place.
On the southern part of the island is the village of Ginostra, a wonderful village that can only be reached by sea or by mule-track going to the top of the crater and then down to the village. Ginostra is characterized by small alleys, on stone or dirt road , where the only transports are mules.
Before the construction of the present marina, the hydrofoil was forced to stop off the coast, and the inhabitants and the visitors disembarked onto small boats which shuttle between hydrofoil and the island. Just off to Stromboli, near the lighthouse, is the small Island of Strombolicchio.
Accessed through a small staircase and steep steps excavated into the rock. This small island is a desired destination for scuba divers attracted to this paradise of sponges, corals, red gorgonians and starfish.